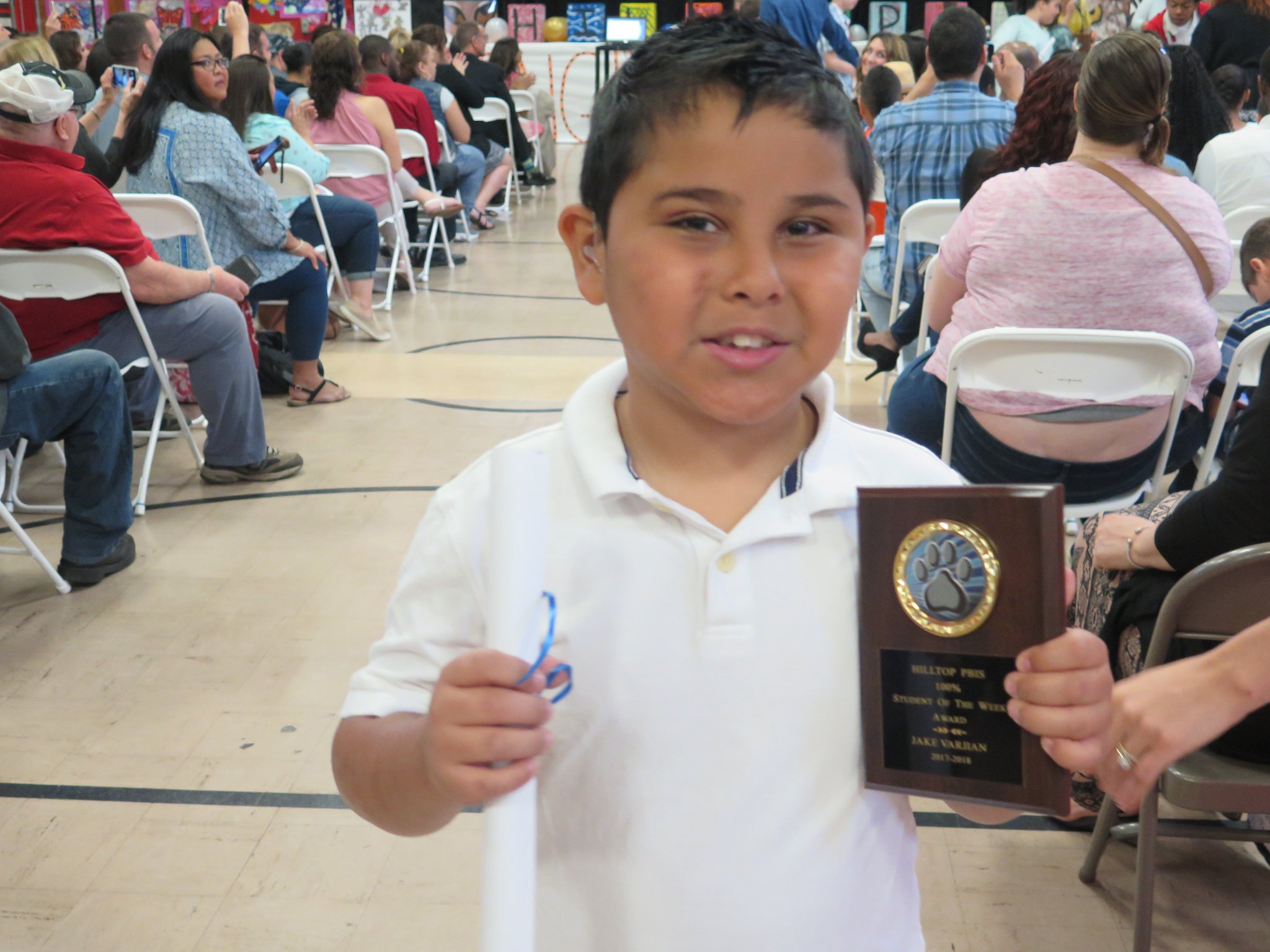 A law allowing New York's Boards of Cooperative Educational Services to continue selling their programs and services to out-of-state schools will save Rockland taxpayers about $700,000 during the next academic year, officials said Tuesday.

The authorization permits 37 BOCES statewide to use revenue generated through their programs to help reduce costs and enhance services in their respective districts, according to state Sen. David Carlucci (D-New City) and Assemblywoman Ellen Jaffee (D-Suffern), the legislation's sponsors.

“As a result, Rockland BOCES has been highly successful in lessening the burden on Rockland County taxpayers by drawing revenue from sources beyond our state border," Marsico said in a statement.

The profits generated by out-of-state students are reinvested into Rockland BOCES, which serves all eight of the county's public school districts. 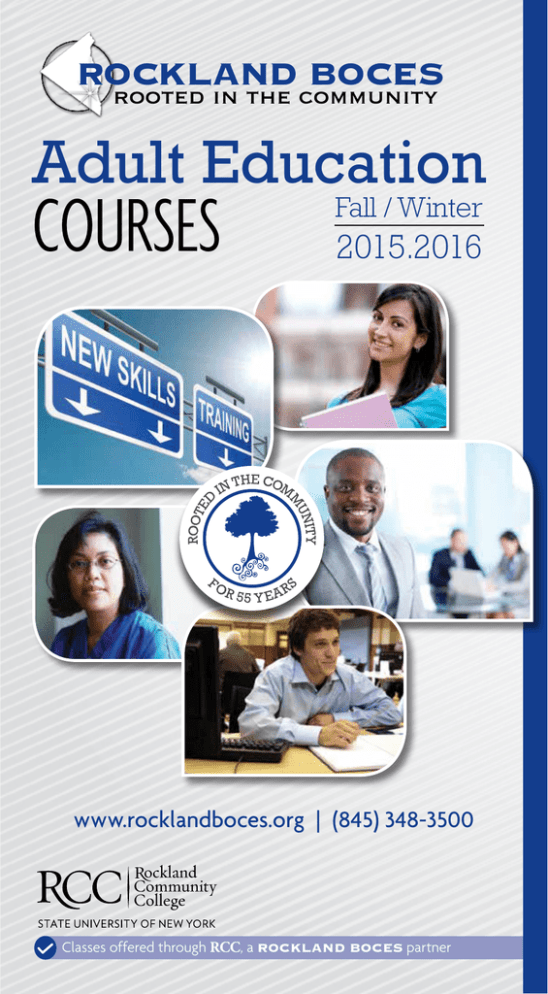 Rockland Boces is ranked 1,004th out of 1,339 ranked schools in New York, for total students on lunch assistance.

The Nassau Inter-County Express (NICE) is the local bus system serving Nassau County, New York. It also serves parts of western Suffolk County, New York as well as eastern portions of the New York City borough of Queens. It was formerly operated under the name of MTA Long Island Bus, the trading name of the Metropolitan Suburban Bus Authority, a division of MTA Regional Bus Operations. In 2011, the owner, Nassau County, decided to outsource the system to a private operator, the French multinational corporation, Veolia Transport (now Transdev), due to a funding dispute with the MTA.[2]

The MTA began operating Nassau County bus service in 1973 under the name Metropolitan Suburban Bus Authority, through the merging of 11 private operators (routes in italics have been discontinued):

In 2007, Long Island Bus averaged over 109,000 weekday riders, many of which include customers connecting to other MTA services in the region. By 2011, the MTA had averaged 101,981 weekday riders by the time of the agency's exit from operating the service.

In 2010, the future of MTA Long Island Bus became uncertain, as the MTA threatened drastic cuts due to Nassau County's disproportionately small contributions to the operation. For the past decade, the MTA has provided a unique subsidy (of $24 million in 2011 and over $140 million since 2000) to the Nassau County bus system that the other New York City suburban county bus systems have not received.[3] The county's contribution was $9.1 million per year out of a total budget of $133.1 million, and the MTA desired that this contribution increase to $26 million.[3] Critics have noted that Westchester County subsidized its similarly-sized Bee-Line Bus System service by $33 million/year, and that Suffolk subsidizes its substantially smaller Suffolk County Transit system by $24 million/year.[3] The county hoped to reduce its contribution from $9.1 million to $4.1 million by using a private contractor;[4] the planned county contribution was later decreased to $2.5 million/year.[5]

By March 2011, the MTA—citing Nassau's refusal to pay its contracted amount—proposed a set of major service reductions which would have eliminated over half of the routes, with the greatest impact on southeastern Nassau County, eliminating all routes operating south of Hempstead Turnpike and east of the Meadowbrook State Parkway (except for the N71).[6] After reviewing the service cut plans, County Executive Ed Mangano considered severing ties with the MTA and privatizing the Long Island Bus system.[7] A temporary reprieve, via additional state funding, would have sustained service through the end of 2011.[8] However, on April 27, 2011, the MTA voted to cease all bus service in Nassau County after the end of 2011. Mangano then announced that he had retained Veolia Transport to operate the system beginning in 2012 through a public-private partnership pending legislative approval.[9][10] On November 10, 2011, Veolia and Mangano announced that the service was going to be renamed Nassau Inter-County Express (or NICE), upon Veolia's takeover of the system. All buses, including Able-Ride vehicles, would be painted into a new paint scheme to reflect the change.[2] On December 12, 2011, the legislature unanimously approved the Veolia contract, which was subsequently approved by the state-controlled Nassau County Interim Finance Authority (NIFA) on December 22, 2011. Veolia began operations January 1, 2012. This Veolia plan was the subject of heated county public hearings in which Long Island Bus riders and employees criticized the plan.[11][12]

In February 2012, Veolia announced service cuts and adjustments to take effect in April 2012. While there were no route cancellations planned, just over $7 million in cuts to existing routes were planned, with service reductions and route concentrations planned for routes primarily serving northern and eastern Nassau County, beginning in spring 2012, with resources redirected towards busier routes.[5] These cuts ultimately included decreased service on 30 routes, including elimination of weekend service and decreased midday service on seven routes.[13] These cuts were criticized as occurring too soon, only six weeks after starting service.[14] The Long Island Bus Rider's Union, a transit advocacy group, sharply criticized the cuts, claiming that "the announcements of service adjustments on the [NICE bus] website were very unclear", that service to many health care and social service centers was cut, and that "many of the NICE bus service cuts appear to be in low income communities where more people rely on buses to get to work and to access the few available health care centers that serve their needs."[15]

In 2013, the NICE bus system obtained a "windfall" from increased New York State (but not Nassau County) aid of $5 million and $3 million from a fare increase for MetroCard bus riders.[16]

On January 17, 2016, NICE eliminated fifteen routes due to a budget deficit and low ridership and restructured three other routes.[20]

In December 2016 NICE announced a $12 million budget shortfall for FY2017 and warned of additional service cuts. These cuts were proposed to the Transit Advisory Committee, but failed to pass. A more severe sets of cuts was passed in February, eliminating ten routes and reducing four more.[22] Many of these routes were the ones restored in 2016. Additional last minute state funding allowed service on three routes to be saved.[23]

In July 2018, a multi-year plan to restructure and improve service on the system was released for public comment. Improvements include a more developed frequency network, restoration of former services, and express buses to Manhattan.[24]

The current fare is $2.75 ($1.35 for seniors and disabled customers) with a MetroCard (including unlimited cards) or coins. Students with ID receive a discount of $0.25 from the base fare. Dollar bills are not accepted on any NICE fixed-route buses. Transfers are available upon request with coins, and are included automatically with MetroCard. The transfers are valid for two hours and can be used on two connecting NICE bus routes; no round-trips nor stopovers. They are also valid on Suffolk County Transit, Long Beach Bus, Huntington Area Rapid Transit (HART) or MTA New York City Transit, with the following restrictions:

The Able-Ride paratransit fare is $3.75, payable in Able-Ride tickets or exact fare.

The Rockville Centre Bus Depot in September 2012. Note the MTAlogo is painted over.

Nassau Inter-County Express has two operating depots, one each for its fixed route and paratransit operations, as well as an additional depot that was closed in 2017.

The Mitchel Field Depot (marked Senator Norman J. Levy Transit Facility on older buses and on the building itself) is located at 700 Commercial Avenue in Uniondale, and is the headquarters and central garage for Nassau Inter-County Express fixed route service. The garage is named after the Mitchel Air Force Base that operated there from 1918 until 1961. All routes are dispatched from this garage. It handles both 60ft articulated buses and 40ft buses.[26]

The Stewart Avenue Depot is located at 947 Stewart Avenue in East Garden City. All Able-Ride Nassau County shared-ride ADA paratransit service is dispatched from this garage.

The Rockville Centre Bus Depot is located at 50 Banks Avenue in Rockville Centre.[26] This garage was originally the home of Bee Line, Inc, and was closed in 2017 as part of a cost-cutting move. It is now used as a storage garage for older NICE buses. The future of this Depot is currently unknown at this time.[22]

All fixed-route NICE buses are ADA compliant, CNG-fueled, and semi low-floor. All buses are also equipped with "smart bus" technology from Woodbury-based Clever Devices Ltd., which includes automated onboard route and stop announcements. However, Nassau Inter-County Express has recently hired Clever Devices again to replace its original "smart bus" system in most of the fleet with new on-board units and software that use GPS data to calculate the next stop announcements instead of odometer-based data with the older system. The new system will also provide maintenance with vehicle diagnostics data and provide customers and dispatchers alike with real-time bus location data accessible online (akin to MTA Bus Time).

NICE runs fixed-route service on 35 routes, plus two shuttles, servicing the towns of Hempstead, North Hempstead, and the southern part of Oyster Bay, along with parts of the cities of Long Beach and Glen Cove. Non-shuttle routes are designated "n" for Nassau County, with service provided daily (although not all routes operate 7 days a week), and 24-hour service provided on the n4 Merrick Road and n6 Hempstead Turnpike routes.

NICE routes operating to Jamaica and Flushing, Queens operate closed-door service in Queens (that is, local service is not provided solely for travel within Queens; appropriate MTA bus services must be used instead). There are two exceptions to this: the n24, where one side of Jericho Turnpike/Jamaica Avenue is in New York City, but the other side of the street is in the Town of Hempstead (eastbound drop-off begins at 225th Street, where state maintenance of Jamaica Avenue begins, and westbound pickups occur as far west as 239th Street); and the n31/n32 and n33, which operate open-door in a portion of Far Rockaway where no other bus service is available. In addition, the n33 operates closed-door within the City of Long Beach, where local service is provided by Long Beach Bus.

We also support OPALS open-source software in many of our school libraries,  providing Web-based, day-to-day management and access to authentic information resources customized to each school’s needs.

Quotations from academic librarians that use OPALS....

*Please check with school administration to confirm that the listed individual is an active coordinator. 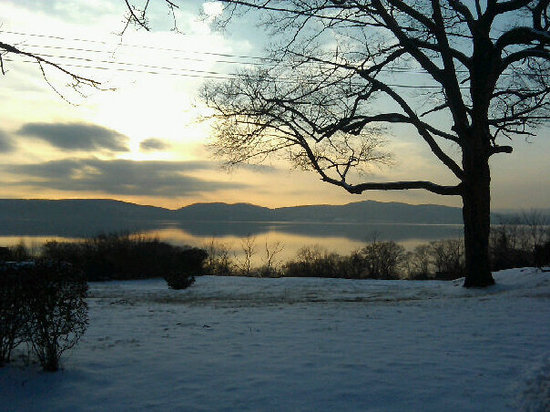